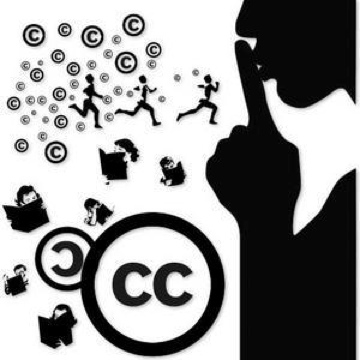 Rarely has an official “participatory” initiative been such a waste of time, money and political opportunity.  Today the European Commission under the leadership of Internal Market Commissioner  Michel Barnier will conclude the year-long Licences for Europe stakeholders  process on the future of copyright in the European Union. This exercise consisted of four working groups on user-generated content, cross border portability, cultural heritage and text and data mining. In the end the conclusions presented by Barnier only reflect the rigid, wish lists of the publishing industry

Instead of facing the challenges of much needed copyright reform and flexibility, the Licences for Europe stakeholders process has been clamorous failure. The European Commission´s main objective was to avoid the tough legislative alternatives concerning the future of copyright in the European Union. Pushed off the agenda of Licences for Europe were the crucial questions of how to favor innovation, wide access to science, culture dissemination and the efficient use of public funds.

As the name denotes  the European Commission designed this year-long process with a narrow, pre-ordained scope to be about “more licences” not about copyright reform promoted through exceptions and limitations.  The official framework of  L4E excluded any serious consideration of the necessary legal reforms needed to inject a degree of social and economic rationality and flexibility into the present copyright laws. Far from an open-ended inclusive exercise, Licences for Europe has been exclusively oriented toward self-satisfying publisher-approved proposals of “best practices”, “self-regulation” and “streamlining” within the present copyright regime.  The hidden agenda of Licences for Europe is that  legal changes are not needed because a series of “memorandums of understanding” among stakeholders will suffice.

Given the rigid scope imposed by the European Commission it should not come as any surprise that many important stakeholders decided to abandon or reject the process. During the process Licences for Europe was abandoned or deeply criticized by the  practical totality of organizations representing librarians, research librarians, consumer organizations, digital rights associations, scientific research centers and a number of innovative business initiatives. Here are a just a few of many examples that explain the disappointment in the process by civil society: http://www.edri.org/edrigram/number11.13/edri-letter-licences-for-europe and http://www.ubiquitypress.com/files/licence4europe/Letter_of_withdrawal_L4E_TDM_May_24.pdf and http://www.clarin.eu/node/3826

This has been a major missed opportunity to bring EU copyright laws closer to the social reality of the digital age.  The European Commission keeps burying its head in the sand.