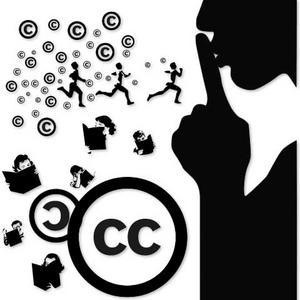 The 27th session of the World Intellectual Property Organization´s Standing Committee on Copyright and Related Rights (SCCR) took place from 28 April to 2 May in Geneva. The Committee assessed the proposal for a Broadcasting Treaty.

This initiative for a new binding global copyright treaty has been discussed at WIPO for over 10 years at the request of many broadcasters from around the world. This week, several WIPO member states, including the EU, Russia and South Africa called for a diplomatic conference on this treaty in 2015. Nevertheless, there are many questions that remain to be answered, in particular regarding the scope and even the need for such a new global norm. The EU is the strongest supporter of the Treaty while a number of other large countries, such as the US, Brazil and India, are quite sceptical.

According to the broadcasters, a new treaty is needed to prevent “signal piracy”, although it has not been clearly established what signals they wish to protect, whether they are speaking of fixed emissions, simultaneous webcasting, deferred online programming or online retransmissions. There has also been no evidence presented about the harm caused by “signal piracy”.

Many other voices have pointed out that this new treaty would establish yet a new layer of copyright protection and economic rights for broadcasters as intermediaries or distributors of information they do not own and they did not create. Consumers and internet users have also stated fears that the treaty would make it more expensive and complex to legally obtain, access and to use information. There is also worry that new technical protection measures will create new barriers to what is now legally allowed by copyright law in countries with more flexible norms.

Representatives of collecting societies, performers and authors have criticised the Broadcast Treaty proposal as possibly interfering with the normal of copyright protection for creators. A few citizen groups have also called for an impact study to be carried out on the possible consequences of this treaty on users, performers and authors.

When on 2 May, the time came to adopt conclusions and the next steps for WIPO concerning the Broadcast Treaty, the member states were unable to reach any degree of minimum consensus. The collapse of the talks and the absence of any general conclusions or decisions did not happen because of the differences of opinion on the Broadcast Treaty but because of the other issue being considered simultaneously by WIPO: exceptions and limitations for libraries. The EU expressed its profound opposition to any “text-based” consideration of new copyright flexibilities for libraries for conservation, orphan works, scientific research and e-book sharing, among other issues. In response to the EU´s uncompromising stance, other countries, such as Brazil, decided to withdraw their support for the compromise reached to continue serious discussions on the Broadcast Treaty. At 1:30 am on 3 May the meeting adjourned with no agreement on how to proceed on both the Broadcast Treaty and Libraries.