Running away from Stevie Wonder in Geneva 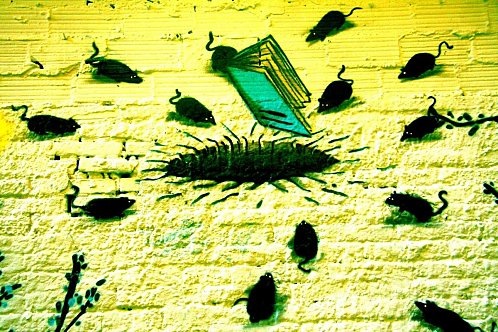 Stevie Wonder spoke and sang before the World Intellectual Property Organization (WIPO) General Assembly this week in Geneva in favour of ending the “book famine” for the visually impaired.  He passionately challenged the international community to take action to guarantee right to read for millions of print disabled around the world.  Many of us were moved by his words and music but others remained indifferent, especially some European countries like France.  In fact, when Spain and other EU members proposed to issue a statement saying that the EU “accepts the challenge posed by Stevie Wonder” to increase the access to reading material for blind persons, the French representatives flatly refused to accept any mention of Stevie Wonder due to their copyright fundamentalism.

For Sarkozy´s France it seems that no flexibility or exceptions are possible. In their all out war in defense of copyright “no prisoners will be taken”.  France and other countries like Germany insisted that there shouldn´t be any shadow of doubt concerning the total rejection by the European Union of the World Blind Union´s proposal for a Treaty for the Visually Impaired and Print Disabled that has been sponsored by Brazil, Ecuador, Paraguay and Mexico. It is quite surprising that countries like France that have clear legal exceptions to copyright for the visaully impaired inside their countries do not wish to extend this norm to the rest of the world so that formatted works could flow to the millions print-disabled of the South.

At the same time EU countries and the US were dragging their feet on confronting the “Book Famine” of the print-disabled in Geneva,  their chief negotiators were hard at work in secret talks “16 hours a day” in Tokyo,  hammering out the last details of the ACTA agreement that proposes very strict and repressive enforcement measures of copyright and patents. In contrast, It seems that when it comes to helping one of the most disadvantaged groups in the world, the visually impaired, there is no sense of urgency and no need to take legally binding measures.  On IP issues the EU and the US practice a “carrot and stick” diplomacy with lots of big sticks “to fight piracy” and very few small carrots for the access to culture, education and technology transfer.  In our view they are eroding the credibility of international IP governance by exclusively focussing on protecting the accumulated rights and vested interests of a few Northern business models while giving a cold shoulder to new innovative industries,  consumers, internet users and citizens of the global South.

Instead of the legally binding treaty brilliantly and passionately defended by Latin American diplomats, the EU prefers voluntary “stakeholder” agreements that depend on the “good will” and “self-regulation” of publishers and rights-holders in order solve the copyright barriers suffered by the visually impaired. (In contrast, this week the EU and the US supported legal treaties at WIPO for broadcasters and audio-visual performers).  Both the EU and the US feel it would be “a dangerous precedent” to open the gate to legal limitations and exceptions to copyright, even if it is for blind persons´ non-profit organizations. They are sure that if this proposal goes forward, other legal exceptions will be proposed by Africa for libraries, archives and textbooks in what they call “the slippery slope” toward the weakening of international copyright law. On the contrary,  supporters of flexibilities of copyright believe that fair exceptions could improve the general credibility and social acceptance of copyright governance.

“I just called to say I want to read” might be the title of Stevie Wonder´s next song. Wonder told WIPO that if they do not act he would be forced to write a song “about what they didn´t do”.

The fight for the “right to read” is gaining momentum and getting stronger around the world.  By the time the issue is considered at WIPO in November at the Standing Committee on Copyright and Related Rights (SCCR) there are some signs that real progress will be made  to set a road-map for a fairer copyright system that places the plight of millions of people before the supposed business interests of a few. We just all need to push a little harder.