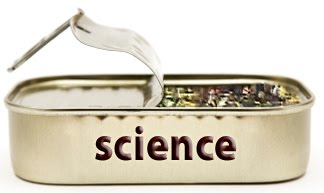 The European Parliament voted on Wednesday the adoption of the new Clinical Trials Regulation, which has removed the legal framework on commercial confidentiality that previously allowed pharma not to publish its data. With the new Regulation information from trial study reports on the efficacy and safety of new medicines should not be considered commercially confidential.

The Regulation also requires, among other things, that

This victory for transparency is only partial. It only applies to new medicines starting in 2016 and a number of large and dangerous loopholes remain. As well, Big Pharma has announced that they will try to influence the implementation of the Regulation to restrict the new pro-transparency rules. The European pharma industry association, EFPIA, has said that “[It] is critical that the Commission and EMA interpret the Clinical Trial Regulation in a manner that respects patient privacy, the integrity of regulatory decision-making, and incentives for companies to make long-term investments in biomedical research.”

Some of Regulation´s loopholes are the following:

– It fails to mandate that investigators (clinicians) and not the industrial sponsors report all serious adverse reactions to health authorities, whether they are “expected” or “unexpected”, meaning that safety data can still be withheld.

-It allows for “low intensity trials”, either post-authorization or “off-label”, and “non-commercial” trials to have much lower reporting requirements.

-It fails to require comparative clinical trials so that the new medicine would be compared with the reference (“gold standard”) treatment, as opposed to only a placebo, in order to determine whether it has a therapeutic advantage over existing treatments.

–It does not mandate the public registration of all individual trial patient data.

The transparency camp will have to be vigilant throughout the long implementation process of the Clinical Trial Directive to assure a positive, pro-public health interpretation of the legislation. The Pharma industry will continue lobbying the EU institutions and the EMA heavily in the opposite direction.

Unfortunately, other threats to clinical trial transparency are looming. In the coming months the European Parliament will be considering the Trade Secret Directive that could have a devastating impact on transparency by re-affirming commercial confidentiality as a legal imperative. We must also be conscious of the negotiations of the EU-US Free Trade Agreement, TTIP, that is also discussing new transatlantic rules proposed in Big Pharma that would roll back any gains made in the present regulation.

The new Clinical Trial Regulation has been a partial but significant victory for civil society, socially committed medical professionals and the independent scientific community. This coalition must stay organized if we wish to move forward an ambitious agenda for medical science based on evidence and public health needs.